This week we will make the merges for new Aurora, beta and stable releases. This is always great news for us: we get more of the stuff we worked on released to our users.

In the new Firefox stable release (version 11) we have important performance improvements for handling very long lines in the source editor, fixes for CSS syntax highlighting and more. For example, users on Linux can now select text to copy to the primary X11 buffers and they can middle click to paste.

The new Firefox beta release (version 12) adds support for find (Ctrl-F) and jump to line (Ctrl-J), including other smaller fixes.

The new Aurora release (Firefox 13 alpha). This release marks important changes and it includes a number of patches from awesome contributors! The list:

Our awesome contributors did:

Thanks to all the contributors for their awesome work!

Other exciting news: Eric Shepherd, the "documentation overlord", is writing the source editor documentation. For now the wiki page is a work in progress, but the results are already looking great! Eric will also write a guide on how to use the source editor. Thank you Eric!

We hope you like the work we are doing! Comments, suggestions for improvements and patches are always welcome!

Mozilla has made the final release of Firefox 10. The developer tools team has worked for over 18 months for what you get to play with - this new release brings a lot of the hard work each team member has put into these tools. I am happy to be one of the people who contributed to this really big release. We always strive for quality and performance. While these tools are now undergoing a lot of work in terms of features and polish, they are already at a point where we can be proud of them.

The Eclipse Orion code editor has gone through great improvements since Firefox 8 and it is now enabled by default. Collaboration with the Orion team has been very successful and we are making great progress. I really enjoy working with them!

Firefox 11 beta features a new Style Editor developer tool that also uses the Orion editor for syntax highlighting. We are also working on a JavaScript debugger for a later Firefox release which is going to use the same editor, with additional features.

Keep your Firefox updated and have fun using our developer tools! 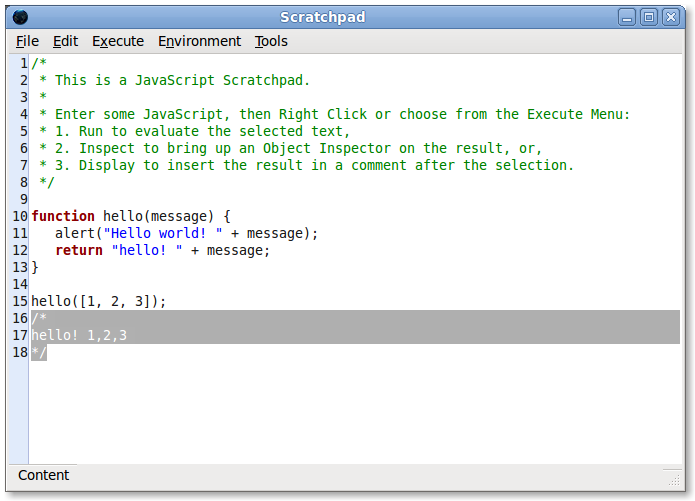